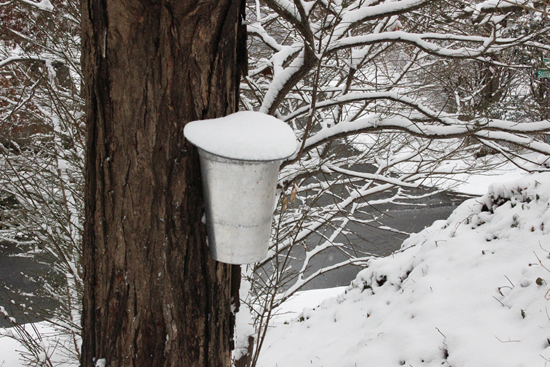 Makin' maple syrup and waiting for the world to open up again. We have a few shows coming up this spring but still far from what we'd like to be doing. 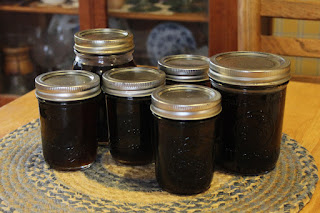 I tapped six of my maple trees on Tuesday February 8th and was able to collect a little more than 20 gallons of sap by Saturday the 12th which was a beautiful day where the temperature was close to 60 degrees. I spent about eight hours boiling the sap down to nine cups of Rooster Rick's World Famous Rock Hollow Maple Syrup. Hopefully I will get at least one more day of boiling before the trees start to bud. This is my tenth year of backyard maple sugaring and it seems like the sugaring season is getting earlier and shorter every year.

Our next gig will be on March 10th at the Montville Township Public Library, in Montville, NJ. after that we will be performing. virtually, at The New England Folk Festival on April 23rd.

Another beautiful day to boil sap and work on my winter tan. My primitive maple sugar evaporator celebrated ten years of active service today by boiling down 20 gallons of sap to give me another half-gallon of Rooster Rick's Famous Rock Hollow Maple Syrup. 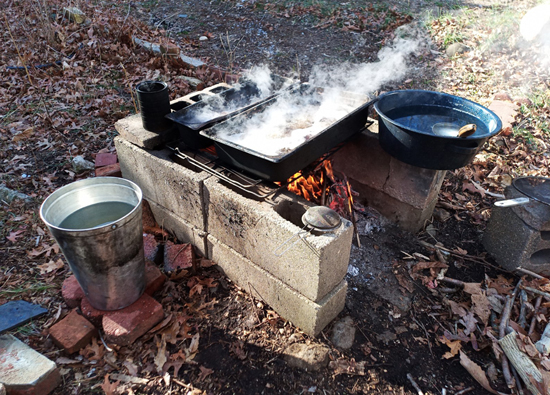 Up at 5 am and out boiling sap by 5:30. I wanted to get an early start because the afternoon forecast called for heavy wind and evening rain. By 1 pm I was out of wood, I had about 4 gallons of sap left, but still manged to get another 7 cups of syrup. All told for this year i did 23 hours of boiling and netted 23 cups of syrup, 1 cup short of a gallon and a half.

Posted by Rick Jackofsky at 6:16 PM