Thanks to all the good folks who came up to Saratoga Springs and made our Saturday night show at Caffe Lena a huge success! We will be following it up with a quick trip to the Nutmeg State. On Friday night January 29th the family that plays together will will be making our premier appearance at The Buttonwood Tree. From what I can gather this looks like a very cool place to relax and enjoy an evening of acoustic music. Located in a refurbished century-old hotel lobby on Main Street in downtown Middletown, CT. The Buttonwood Tree is  a non-profit cultural arts center with an intimate living-room atmosphere. Coffee and Cocoa are always available, as well as a" highly-multifarious" used-book store. Come on out and let The Homegrown String Band take you on "a rollicking ride through the sounds of American music."  We will be performing two sets of high energy, original, and traditional American roots music, using at least ten acoustic instruments, as well as an exciting demonstration of Appalachian flatfoot dancing. Between sets there will be a free drawing for a gift basket containing, among other things, a Homegrown String Band CD and a pound of Deans Beans organic fair trade coffee beans. Vote for real acoustic music! Support The Buttonwood Tree and your favorite Homegrown String Band! 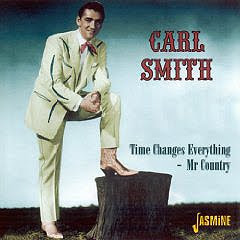 Carl Smith, country music legend and father of Carlene Carter, passed away this past Saturday at his home in Franklin TN. Carl was 82 years old and had enjoyed a music career that spanned five decades. "Mister Country" tore up the country charts during the 1950s and 60s and hosted 190 episodes of the popular Canadian TV country music  show: Carl Smith's Country Music Hall. The former Grand Ole Opry member was inducted into the Country Music Hall of Fame in 2003. R.I.P.

Posted by Rick Jackofsky at 3:17 PM No comments:

Established in 1960, Caffe Lena is the oldest continuously operating coffeehouse in the United States. It is an internationally renowned cultural center and an American treasure. Every roots music enthusiast owes it to themselves to make a pilgrimage to this world renowned folk music landmark. Upon entering the building, the history is palpable. As you climb the narrow staircase that leads to the cafe listen closely and you just might hear 50 years of folk music echoing from the walls. The history is also visible, as those same walls are adorned with photos of the legendary musicians, from Bob Dylan to Ani DiFranco, who have performed at the Lena's during the last half century. Join us next Saturday night and become part of a musical tradition as we make our fourth appearance at this legendary folk music venue. The music starts at 8pm, but come early and join the knitting circle led by Erica "Fiddleknits" Jackofsky or just hang out, have a cup of organic coffee or tea, and enjoy a homemade dessert. The knitting circle starts at 7:00. We've also got some great knitting (and non knitting) giveaways planned. All in all this promises to be a great night and a good way to lose the blues and cure your cabin fever. So come on out to Caffe Lena on Saturday January 23rd and support this wonderful non profit listening room and your favorite Homegrown String Band.

Posted by Rick Jackofsky at 10:59 AM No comments: 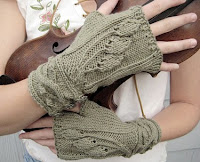 We're really looking forward to our show at Caffe Lena in Saratoga Springs, NY, next weekend. I'll be writing more about that next week. But I want to share some of the happenings leading up to the big show. While arranging details for the show with Caffe manager Sarah Craig, Georgianne mentioned that Erica had written the cover story for the October issue of Yarn Forward magazine. When Sarah heard that Erica was a rising star in the knitting world, she suggested having a knitting circle before the show. We thought that was a great idea! To give the knitters an extra incentive to come out to the show, Georgianne and Erica came up with the idea of, at sometime during the evening, having a drawing for a knitter's basket. The basket will be filled with goodies, including a brand new, original, Fiddleknits hat pattern along with the Knit Picks yarn, and set of handcrafted Roosterick Pewter Buttons (made by me!) needed to complete the project. We didn't want the non-knitters to feel left out so we thought we should also give away a non-knitting basket. The second basket will include, among other things, some Homegrown String Band merchandise and a sample bag of our favorite organic fair trade coffee. A few weeks ago I wrote a blog about fair trade coffee from Dean's Beans; I can't say enough about the good people who run this great company! When we called to order the coffee, the good folks at Dean's kindly offered to donate a full pound of freshly roasted, shade grown, fair trade, organic coffee beans. We received the coffee today. So the lucky winner will get The Homegrown String Band CD "Ragged but Right" featuring our almost hit song "The Man Who Dressed in Black" and a pound of "Ring of Fire" coffee: "A dark, smokin' blend of high mountain beans from the active volcanic soils of Indonesia, Timor, and Papua-New Guinea. Eye-opening!" So come see us at Caffe Lena on Saturday, January 23rd, and enjoy a great evening of knitting and acoustic roots music at America's longest continuously operating coffeehouse.


P.S. Here's a link to Erica's latest post on her Fiddleknits blog: 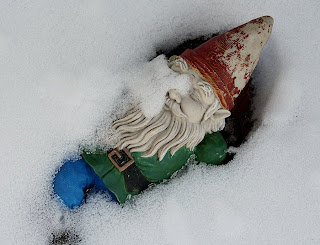 Baby it's cold outside! If this keeps up we're

gonna get a ton of snow this year! This early winter weather reminds me of the year I wrote "Praying  for Spring." It was getting pretty deep into a particularly hard winter, cabin fever had set in and I was dreaming about summer festivals and homegrown tomatoes. With the downturn in the economy, this song has taken on a new significance, offering hope to people who have been struggling through hard times. In response to these hard times we, The Homegrown String Band, have slashed prices on all our CDs. The new recession busting price is just $10 each!
To hear "Praying For Spring" and other HGSB streaming music
click here
To download a FREE Mp3 version of "Praying for Spring"
click here
Sleeping Gnome photo by Rick Jackofsky
Posted by Rick Jackofsky at 12:19 PM 1 comment:

Goin' to Mt. Laurel With My Banjo Pickin' Girl! 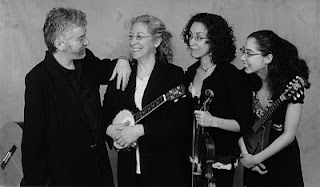 The Homegrown String Band Live at the

"The Family That Plays Together"

This show will mark the band's 13th anniversary!
Our first public performance as a family was on
January 10th 1997

Posted by Rick Jackofsky at 9:35 PM No comments: 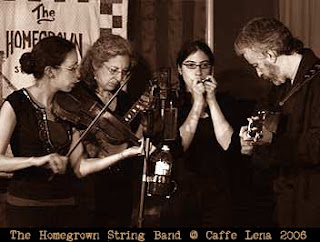 So much of the world today is contrived, manipulated, digitally altered, and cliched. Seeing acoustic music performed live in a listening room environment is a timeless experience that should be cherished. These days so much recorded music is overdubbed, computer generated, auto tuned, looped, sampled, and enhanced; good old live acoustic music played by human beings is often viewed as quaint and obsolete. When recording technology first came on the scene 100 years ago, the goal was to recreate a live music experience. In recent years the tables have turned and more and more listeners expect live musicians to recreate the sounds manufactured in the studio. It's not uncommon to see live musicians utilizing synthesizers, drum machines, tape loops, and backing tracks. For some, the computer has become the instrument of choice. But lovers of real organic music need not despair. There are still bastions of traditional music out there, musicians and presenters who are keeping the flame burning by performing and presenting bluegrass, celtic, blues, and various forms of modern and traditional  acoustic music. But acoustic musicians and venues need your help! Get out and see some live acoustic music in 2010. A good start may be going to The Homegrown String Band's January 23rd appearance at Caffe Lena in Saratoga Springs, NY, or perhaps our January 29th show at The Buttonwood Tree in Middletown CT. Nonprofit venues around the country, like Caffe Lena and The Buttonwood Tree, are struggling to keep their doors open and need the help of dedicated acoustic music fans who still value the art of handmade music.

"Caffè Lena is widely recognized as the oldest continuously operating coffeehouse in the United States. It is an internationally renowned cultural center and an American treasure. Opened in 1960, the café has helped to launch many of America's best loved songwriters, including Bob Dylan, Arlo Guthrie, Ani DiFranco and many more."


"The Buttonwood Tree is a community-based nonprofit arts organization serving central Connecticut with music events, bookstore and the performing arts."

Posted by Rick Jackofsky at 9:18 PM No comments: