The Amazing Annalee Works For Peace

A great photo of Annalee is being featured as part of a 15 second promo spot on the CBS Times Square LED screen located on 42nd Street between 7th and 8th Avenue. The spot was produced by The Fellowship of Reconciliation, an interfaith, international organization promoting peaceful solutions to conflicts around the world since 1915. The photo montage began running yesterday and will appear every hour eighteen hours a day (6 AM to 12 AM) for the next six weeks.


"The Fellowship of Reconciliation is composed of women and men who recognize the essential unity of all creation and have joined together to explore the power of love and truth for resolving human conflict. While it has always been vigorous in its opposition to war, the Fellowship has insisted equally that this effort must be based on a commitment to the achieving of a just and peaceful world community, with full dignity and freedom for every human being."
“Your goal is, in my opinion, the only reasonable one and to make it prevail is of vital importance.”
—Albert Einstein, in a letter to FOR

On another note: Come see The Amazing Annalee, star of the big screen and the Siberian Jaw Harp Museum, perform with her family, The Homegrown String Band, at The Irvington, NY Public Library Saturday March 26 at 2 pm.
Posted by Rick Jackofsky at 10:37 AM 1 comment: 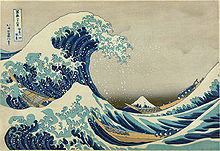 The Homegrown String Band sends our prayers and good wishes out to the people of Japan after that country was hit by a devastating magnitude 8.9 earthquake and seven meter tsunami this morning.

Make a donation to the Japanese Red Cross Earthquake Relief Fund
Posted by Rick Jackofsky at 10:43 AM No comments: 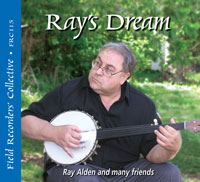 This Saturday night, March 12, 2011, at 7:30 pm The Homegrown String Band will be returning to the Croton Free Library in Croton-on-Hudson, NY. The last time we played there, in 2007, I had the pleasure of meeting Mr. Ray Alden. After I played "When the Apples Bloom in NY," a song I wrote that mentions old-time fiddler Tommy Jarrell, I made an announcement that I would give a free CD to anyone who knew who Tommy Jarrell was. Little did I know that Ray was in the audience. Of course Ray knew exactly who Tommy was. Not only did he know who he was, he had known Tommy personally. Ray Alden, a great old-time musician in his own right, had spent a lot of time visiting, recording, and photographing Tommy and many other old-time music legends. After the show Ray introduced himself and we had a long talk about banjos and old-timey music. I gave Ray a copy of our "Ragged but Right" CD and let him know what a pleasure it was to meet the man who had recorded one of my all time favorite albums: "Tommy and Fred," banjo/fiddle duets by Tommy Jarrell and Fred Cockerham. A few days later I received a package in the mail with an 8X10 copy of a B&W photo of Tommy and Fred standing on Tommy's porch, along with a CD of his old-time band The Southern Schoolhouse Rascals. We were sad to hear in the late fall of 2009 that Ray had passed on in September. Though Ray is gone he has left an indelible mark on the old-time music community, with his stellar banjo playing and also by making his great field recordings available to the public through his Field Recorders' Collective. Ray started the collective in 2004; since then they have released dozens of priceless recordings of traditional American musicians that will go a long way toward keeping the music we love so much alive. Thanks Ray.