Sunday's gig at The Oceanside Library went great! We'd like to thank everyone who came out for the show as well as Eleanor and the rest of the library staff. I think the band played really well thanks, in part, to the large enthusiastic crowd and the acoustically friendly room . On the way home from the show we stopped at the local Stop & Shop to pick up twenty pounds of cabbage priced at 17 cents a pound in honor of good old St. Patrick. I spent all day Monday boiling sap to make maple syrup, then on Tuesday I set to shredding the cabbage. I started a 5 liter crock of sauerkraut along with 3 quarts of curtido. Curtido, a popular dish in El Salvador and other parts of Central America, is one of my favorite fermented foods. The best way to describe it would be, a Latin American version of kimchi, a spicy mix of lightly fermented cabbage, carrots, onions, garlic, and chili. I'll leave the sauerkraut bubbling away for about two months, but the curtido will be ready to eat in a week or so.

Posted by Rick Jackofsky at 12:11 PM No comments:

I’ll be taking time out from my maple sugaring to join my fellow Homies for a gig this weekend. Maybe we’ll play  Maple Leaf Rag or  Sugarfoot Rag . . . well probably not, but we will be playing some original tunes as well as a few by the likes of Jimmie Rodgers, Leadbelly, The Carter Family, and Bob Dylan. 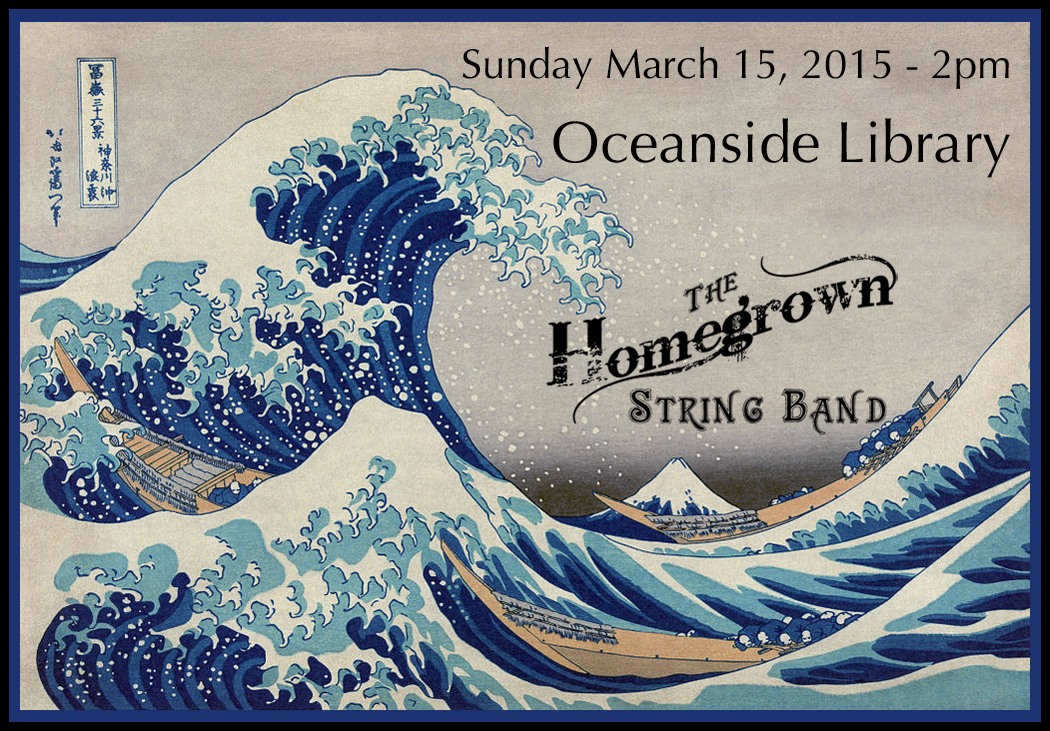 March 10, 2015 - Day 1:
What a long cold winter! Sugar time starts when the daytime temps are above freezing and overnight temps are still below freezing. Sunday was the first time the temperature cracked the freezing mark this year. I added a few more taps this year for a total of nine. Annalee and I tapped the trees Saturday morning and the sap was really flowing well Sunday and Monday. I got up early this morning determined to get in a good day of boiling before the rain started. Thanks to some nice dry wood, including some sappy pine that practically exploded when I put it in the fire, I was able to boil down about 25 gallons of sap for a yield of two and a half quarts of sweet Long Island maple syrup in only eight hours. My most productive sugaring day so far.

March 16, 2015 - Day 2:
The Zen of Maple Sugaring, Om my aching back! I got an early start this morning; I was out in the yard, slaving over my cinder block evaporator by 6:30 and had a good boil going by 7 am.  I ended up putting in a twelve hour day, I boiled about 35 gallons of sap, 10 gallons more than I did on Day 1, but my syrup yield only increased by one cup! My first thought was that my sap must have gotten contaminated with rain water. Last year my third day of boiling had a lower yield than day one and two which I also attributed to rain dilution, so this year I covered my buckets with plastic bags (secured with rubber bands). It didn't seem possible that I could have collected that much rain water, so I did some research. I found a 1956 study published by The University of Vermont which, in turn, cited an experiment done in 1895 that showed that the sugar content of maple sap fluctuates throughout the tapping season. Apparently, the initial flow of sap has a higher sugar concentration. The sugar content then goes down in subsequent flows before increasing again towards the end of the season. Who'd a thunk it! So I learned something new today . . . twelve hours of boiling sap is hard on a fifty eight year old back!

March 22, 2015 - Day 3:
Boiled 32 gallons of sap today to make three quarts of syrup. My collection buckets were overflowing yesterday and today. I pulled my taps, I still have about another 20 gallons of sap, but no more dry wood, so I'm done for the year. Total yield for the year, two gallons plus a cup. Next year I will cut back to 6 or 7 taps unless I come up with a more efficient evaporator and gather a bigger supply of wood.