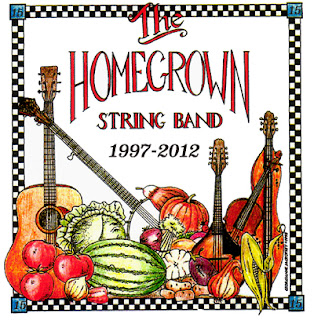 I guess the roots of our family band can be traced back to the late 1980s when I used to sing the kids to sleep, or maybe to 1994 when Erica and I led the middle school orchestra in a rousing version of Rosin the Bow. That same year our father/daughter duo entertained a group of seniors at a pancake breakfast with some old-time fiddle tunes. 1994 was also the year I surprised Georgianne by giving her a mountain dulcimer for our fifteenth wedding anniversary. But the first public performance of "The  Family That Plays Together," AKA The Homegrown String Band, was at a Long Island Traditional Music Association member's concert on January 10, 1997. Fifteen years ago this month.


Our first performance of 2012, our sixteenth year of performing together as a family, will be right down the road at the Longwood Library in Middle Island, NY on January 15th at 2 pm.