February 20, 2016 - Day 1, Year 4: Sugar season came early to Long Island this year. I tapped 7 trees on Wednesday morning. I actually could have started a week earlier, when we had above freezing daytime temperatures, but I decided to wait until the predicted cold snap and rain storm passed. The sap flow has been prodigious. I collected about 40 gallons from my 7 taps between Wednesday and Saturday. I got an early 7am start this morning and worked 'til about 5 pm. It was a beautiful day, temps in the 50s, and I had a good supply of seasoned wood. I estimated that I boiled down about 30 gallons of sap. I was expecting a yield of 2 1/2 to 3 quarts of syrup, but was disappointed to only end up with 2 quarts plus a few ounces.

February 22, 2016 - Day 2, Year 4: I did a short day of boiling today since I won't be able to get back out till Friday or Saturday. Another pleasant day, sunny with temps in the high 40s. I only collected about two gallons of sap today, I guess it didn't get cold enough last night for a good flow. All told I boiled about 20 gallons of sap in 6 hours for a yield of 3 pints of canned syrup and another 1/2 cup for the fridge. A little less than a gallon so far this season. I'm not getting as much syrup per gallon this year. I wonder if the lower sugar content is because of the unusually warm, short winter.

February 28, 2016 - Day 3, Year 4: Weird weather this week. On Tuesday the temperature shot up to 60 degrees and we got hit with a big thunder storm.  A three foot square 3/4" piece of plywood was blown off my evaporator and landed about 20 feet away. My sap collection barrel got blown over. It only had about five gallons of sap in it, but still must have weighed about 40 pounds. A wooden swinging glider that weighs about 40 or 50 pounds was also blown over; yet my barrel of kindling and an empty recycling bin stood firm. ???? With the warm temperatures this week sap flow was pretty much nonexistent, but the sap started flowing again on Friday and I managed to collect about 22 gallons of sap over the weekend. On Sunday (sunny & 60 degrees) I boiled it down (7hrs) for a yield of three pints of syrup.

Posted by Rick Jackofsky at 9:18 PM No comments: 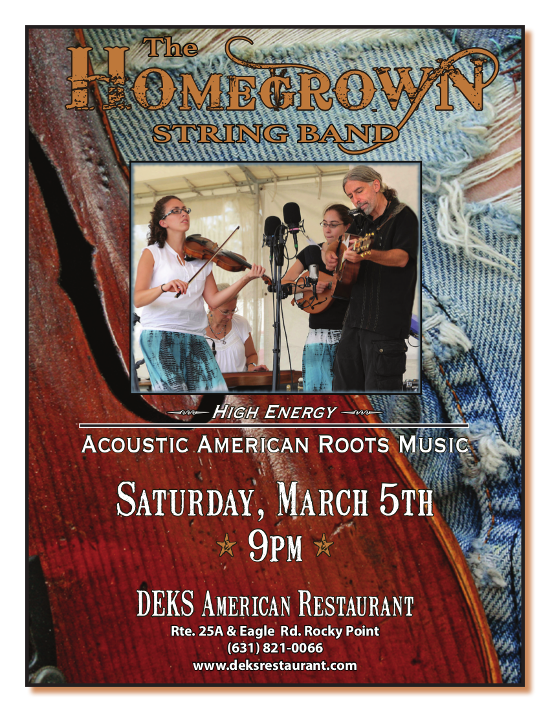 Good Times and Good Tunes with The Homegrown String Band™