March 11, 2014 Day 1:
Year two of maple sugaring, finally the weather cooperates, today I boiled down 30 gallons of sap and bottled three quarts of grade A Long Island maple syrup. I was much better prepared this year than I was for my inaugural attempt last year. This time around I had a good supply of dried, seasoned, fire wood and some proper pans with plenty of surface area. It was also a beautiful sunny day with temps in the 60s so I was working in jeans and a tee shirt. A good day to boil sap. One more day of boiling and we'll be good 'til next year. How sweet it is!


March 15, 2014 Day 2:
It was a lot colder today than Tuesday, more of a traditional sugaring day. I managed to collect 20-25 gallons of sap between Tuesday and today (Sunday.) This was enough to keep me busy for  about eight hours of boiling and yielded two plus quarts of tasty maple syrup. The finished syrup seems to be a little darker than last year, maybe because of the hotter fire and increased volume?, but tastes just as good.


March 21, 2014 Day 3:
Day 3 once again yielded a little more than two quarts of syrup, but it took a lot longer than day 2. I think my sap may have gotten contaminated with rain water. I was also getting down to bottom of my wood pile and the wood was a little damp which made it much harder to keep the fire hot and the boil steady. This brings my total for the season up to a little less than two gallons. Unless I come across a pile of nice dry wood this weekend, I will probably pull my taps this week and move on to the next project.


April 1, 2014 Day 4:
Nearly a month later than I pulled my taps last year I still had three trees producing sap, so I covered my buckets with plastic bags and  waited for the rain to end. After three days of rain, and a surprise snow storm that left four inches of snow on the ground, I had collected  about 10 or 12 gallons of sap. Today was a beautiful day with bright sun and temps in the 50s, so I pulled my taps and boiled down a quart, plus a half cup, of syrup. This brings my total for the season up to two gallons and one pint.

Posted by Rick Jackofsky at 8:03 PM No comments:

Whittling Away the Winter Blues

Well, this has been one of the longest winters I've seen in a while. The music business is always slow this time of year, but this year has been even slower than usual. The bright side is we haven't had to travel in foul weather or worry about last minute show cancellations (my glass is always half full). Now we finally have a couple shows to tell you about. This Sunday, March 9, 2014, we will be "flying" off to Tenafly, NJ, for a free show at the Tenafly Public Library. The show starts at 2:00 pm. Daylight savings time starts at 2:00 am, so don't forget to spring ahead or you might not get that front row seat. Saturday April 12, 2014 well be back at The Crazy Beans Cafe in Miller Place for a 7:00 pm show. 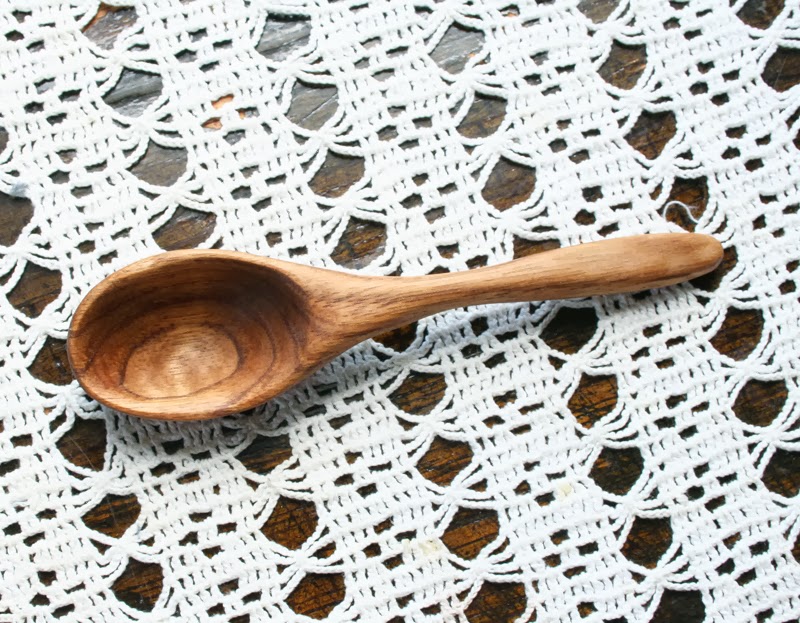 I  always look for some interesting way to spend my time when we're not traveling. Two years ago I used our down time to put together my banjo tutorial, Ragged but Right: The Ungentle Art of Clawhammer Banjo. Last year I restored a couple of old banjos and took up maple sugaring. This year the weather has even been too cold to make syrup. The daytime temps need to be above freezing for the sap to run, but this year we haven't had more than two or three days in a row where the mercury has risen past the 32 degree mark. This winter I conquered my winter cabin fever by teaching myself some whittling and woodcarving. So far I've made 20 wooden spoons using only hand tools. I rough out the spoons using a hand axe and finish them with knives, gouges and sandpaper. I should have a nice inventory by the time the Rocky Point Farmers Market opens on Mothers Day, May 11th. In the meantime I have a few up for sale on my online shop.